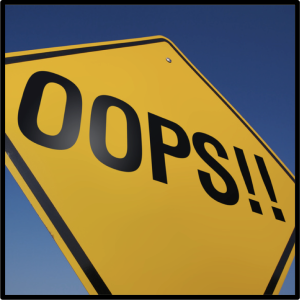 Its a shame that most of the talks we find on startups and entrepreneurship center more on the successes. This is perfectly understandable – it is painful to talk about failures.

Yes, we say stuff like “it’s a badge,” and “failing is a necessity,” but you know, if one really poured her heart and soul into a startup and it fails – it can be a real heartache.

It’s a shame because there can be SO much to learn from those who have experienced failure, specifically, how to avoid certain decisions and tendencies.

I just realized I’ve just marked the fifth year anniversary of my startup leap a few weeks ago. It’s mind-boggling to consider that I’ve now been working full-time with startups for five years now (with 3 additional years part-time). In this time, I’ve now been involved directly with close to ten startups now (with varying degrees of success), plus coaching dozens more. I’ve made, seen, and experienced a lot of mistakes.

In particular, here are some pitfalls you drastically need to avoid when building your startup. 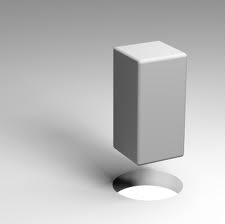 I’ve belabored this point in this blog. It remains the single biggest reason for some of my own startup failures, and why I’ve seen some other startups fail. NEVER take this step for granted. Take the necessary time and effort to get to know potential partners before you get married to them by co-sharing equity. In particular, I’ve experienced two particular forms of erring partner selection:

Remember the rule: get someone with COMPLEMENTARY skills and COMMON values. The first one is easy enough to filter: you have to have a keen idea of the level of the required skill in your mind and search relentlessly until you find someone who meets it. It’s the second one which takes time to decipher in a person. It’s also the second one that’s much harder to recover from.

B) Your startup is a second (or worse) priority

I remember having a killer team in TWO tech-related startups I started before. However, everyone had other things as their first priority (their own startups, full-time jobs), leaving the said startups as veritable orphans. Startups need committed people who will dedicate maximum time and effort in ensuring its viability. No matter how brilliant your startup team is, if ALL of them are working on it on a part-time and unfocused manner, your startup HAS NO CHANCE.

I think this is becoming a real problem in the Philippine startup scene as a number of people are diving headlong into doing simultaneous startups (without the great benefit of a successful FIRST one, read here).

Get someone who will focus SOLELY on your startup.

2) Selecting Too MANY Partners 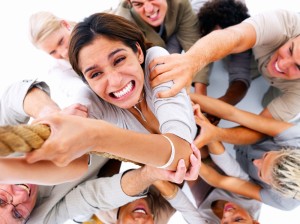 I remember my friend Ryan, who works in construction, tell me that there is an optimum number of people that can work on a given project.

I found this fascinating.

If you put MORE than the ideal number of workers on a construction project, things actually SLOW down because there is less accountability – people figure they can get away with not working that hard because other people can take up the slack.

I think this is true for startups as well.

I think 2-3 is the ideal number. 4 is a bit of a stretch. At 5 people, you can be sure 1-2 people are already slacking. If these 1-2 people are equal equity owners, then immediately, rifts can be created because the working founders will feel shortchanged (and rightly so).

This can be a temptation to beginner founders who can’t say no to the first talented person who butter them up and says their idea is awesome.

(Three more pitfalls to avoid, next!)